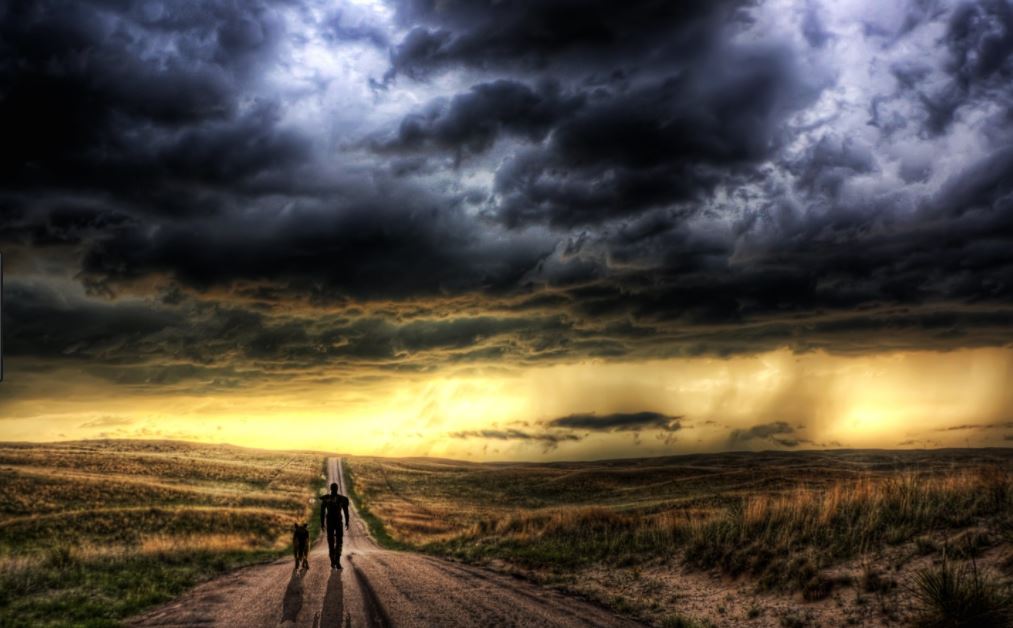 I tried to write an entry on reverse seniority last night.  I couldn’t do it.  I’m bugging out.

No cannabis.  That’s probably part of it.

I have a brain that doesn’t turn off, a large appetite for information, and an obsession for understanding things.  Something I’ve been doing since high school is recognizing patterns and using them to predict what comes next.  Nothing is concrete, just possibilities and probabilities.  Too many variables to keep track of, but sometimes you can see part of the picture and filling in the rest isn’t so tough.

Coming from an investment background, it’s difficult to ignore what I see in the markets.  Bonds are paying next to nothing.  The equity market hasn’t had a major correction in about 10 years.  The housing market is on tilt.  Even crypto is now detached from reality.  Besides my private equity investments, I’m now in 100% cash for the first time in my life.  It’s like being at a poker table with a bunch of drunk rookies.  I have chips, I know how to play, but when everyone else at the table is throwing money at shitty hands… you have to be patient.  Some days are easier than others.

My friends and I used to battle it out for who could be more generous.  We’d always enjoy trying to pay for one another.  Now we’re too poor to hang out with each other.  Half of them still live with their parents to avoid paying rent.  I look at my generation and I see an epidemic of drugs used to treat an epidemic of depression.  If it wasn’t for my drive and my lack of emotions, I’d probably be in the same boat.  Considering how much weed I was smoking, maybe I was in the same boat.  I’m surrounded by a generation of kids who were told that if they stayed in school and worked hard, they’d be able to land themselves a good career and that a good career would lead to a comfortable life.  I’m surrounded by a generation of the most educated kids we’ve ever produced, entering into a rapidly deteriorating job market, with the highest cost of living we’ve experienced in modern history.  We’re barely treading water.  Something’s gotta give.

Maybe it’s the birth rate.  Maybe this is how we cull the population.  I literally broke up with the first girl I thought I’d marry because she was fixated on having children in the immediate future.  I wasn’t willing to bring a family into this world without building a foundation first.  The biological clock is real.  And my heart goes out to the women struggling to understand what they should be doing at a time like this.

I saw Paul Ryan on TV the other night saying that the Republican tax reform was going to give the middle class the boost it needed to get back to having kids.  What a bold faced lie.  But that’s become the status quo for American politics.  Only a few of us will actually put the effort into understanding what’s going on.  The rest of us will just pick a team.  Red or Blue.  By picking a team, we think we’re taking a stand for what we believe in.  But we’re not.  Red or Blue, it’s the same song and dance.  The value of a politician isn’t a function of policies, their ability to inspire, or their ability to govern – it’s their ability to raise funds for their campaign.  Why?  Because the best campaign wins the seat.  But in the age of billion dollar campaigns, where is this funding coming from?  Big business and the top 1%.  So is an elected official’s loyalty to the people who voted for them?  Or to the people who paid for them?  If you’re not sure, I suggest you ask net neutrality.

With problems this obvious though, how are we not motivated towards change?  I’d argue that we are.  Trump was elected for exactly that reason.  As much as I liked Obama, he didn’t do enough to stop what was coming.  People were left behind.  All the pain and disillusion that we’re seeing in major cities today, the rural towns were ahead of the curve.  But they were team red.  They were loyal.  And someone on team red came along and said I have all the answers, here’s who you should blame, and if they ever say otherwise, they’re lying.  MAGA.  And half the country became complicit.

But maybe this is just what we needed.  When Trump was elected, I knew he didn’t have the character, integrity, or intelligence to be a great president, but I was open to the possibility of him being a good president.  As things started to play out, I knew that ship had sailed.  What did occur to me though is that he might still be valuable.  He might be so crooked, so corrupt, and so incompetent that the world couldn’t help but see that he had reached the most powerful seat in the world – not by merit – but through the abuse of American ignorance and a system which has been compromised beyond repair.  And maybe that would be our motivation.

You know what I wanted for Christmas this year?  Mueller.  I check my newsfeeds at least a dozen times a day.  Every time I do, I hope to see another piece of the puzzle.  Eventually, I hope to see justice.  And perhaps justice means that Trump is exonerated from crimes which he didn’t commit.  But I doubt it.  And I’m good at predicting these things.

So what happens when one of the most respected law enforcement officials of all time lifts the veil on the real Donald Trump?  What do those tax returns actually look like?  How much is he actually worth?  Who does he actually owe money to?  And what happens if there was collusion?  Will it be enough to shatter the image and faith placed in Trump?  I hope so.

I see the clouds on the horizon, and I can hear rumbles of thunder, but the storm is still too far away.  And I wanna dance in the rain.

And tear the whole. god. damn. thing. down.