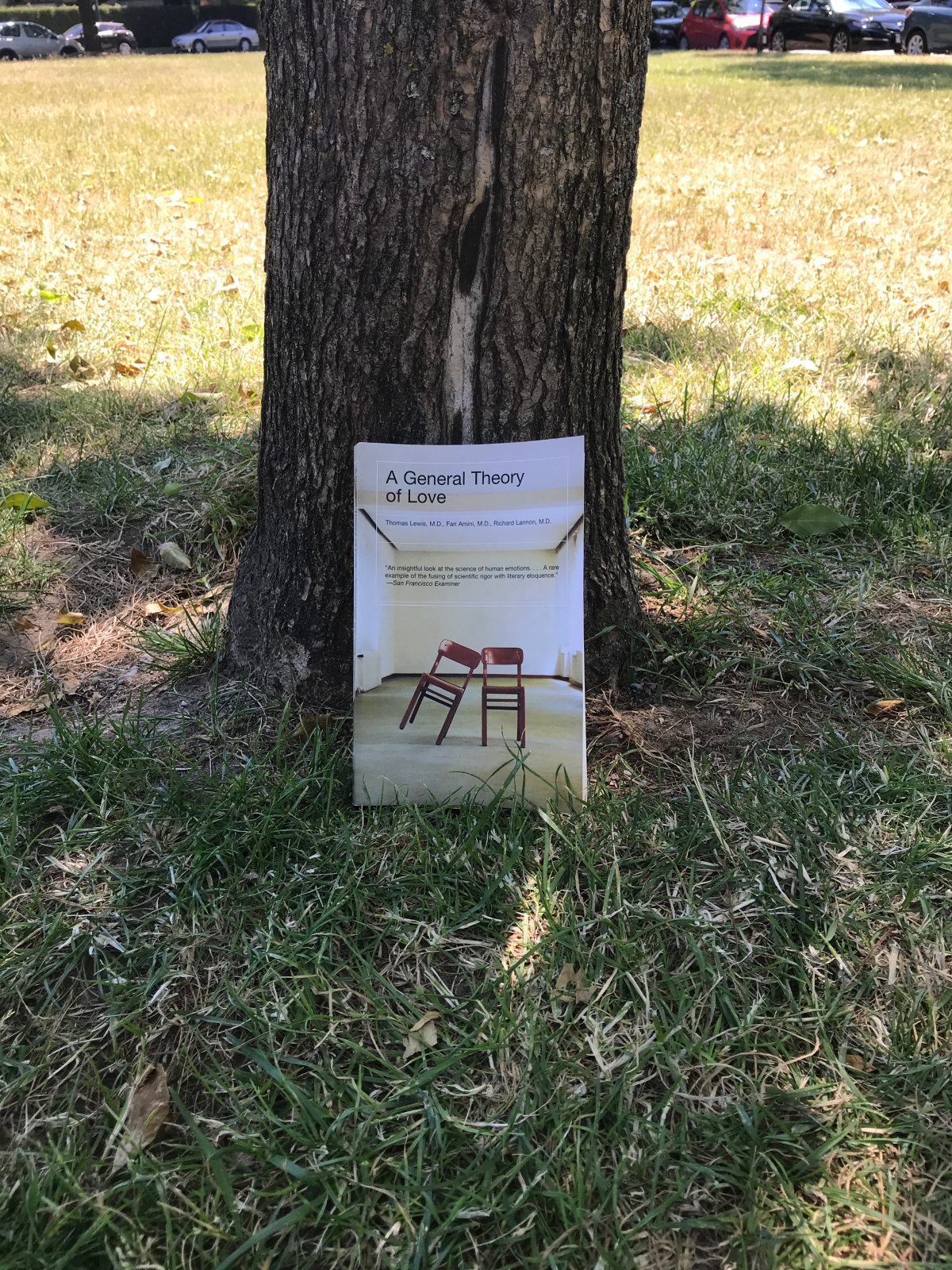 First time for everything right?

I’m now being pillaged by my allergies so perhaps it was a questionable decision.. but this is more about the mind-state that took me there.

Back in my mid-20s, I moved away for work.  It was supposed to be this big step up in my career, while bailing out the company from an unfortunate position.  Within 3 months of arriving in a new town, my dad died, my girlfriend broke up with me, I tore my shoulder, and the company turned its back on me.  That was rough.  It was the first time I realized how fundamental these parts of my life were to me.

This past weekend, I spent a couple hours on the beach with a friend.  First time I had done that in years.  Little silly when you consider there’s about 15 beaches within 30 minutes of here.  My friend asked me if I wanted to know about my spirit animal.  Neither of us took that stuff very seriously, but sure, why not.  Apparently I’m a snow-goose.  I suppose that’s better than a #cobrachicken.  The description was rather interesting.  Some things were rather accurate while some things weren’t.  But the parts which weren’t accurate were reflective of a younger me.  Perplexing how such accurate assumptions can be made of me with no input beyond my birthday.. as if nature nor nurture played a role.  The one that stood out that day was how I won’t look to bring someone into my life until I have things sorted out.

Fast-forward a year… things are starting to come together.

While not without its challenges, I’m in on the ground floor of a business with tremendous potential.  We’re on the verge of closing our capital raise and once this happens, we can actually afford to pay ourselves a real income.  While a little banged up here and there, I’m still in good enough health to play sports 5 days a week.  Rumor is I’ll get a long-overdue belt promotion at BJJ this weekend.  While not perfect, I’m at a great place with my family.  My grandfather died a few weeks ago and my mom has been going through the motions.  Being there for her has been good for my soul.  While I still see only see my boys a couple days a week at basketball, there are other friendships in my life that have evolved into something I deeply appreciate.  Things are starting to come together.

I suspect that others who take a structured approach to their lives have created similar pillars.  For me, it seems to be friends, family, finance, and fitness… you know, if you wanna stick with the ‘Fs’.  That’s my foundation.. what it takes for me to be a balanced, happy individual.  While that foundation isn’t as strong as I’d like it to be, I’m confident I’m headed in the right direction.  And maybe that’s why I’ve been looking to see if there’s room for someone else.

What comes next is going to be a mind-game of 4D chess as I’m about to write about the only two people in my life who know about and read this blog.  But then again, how do I commit to writing honestly about what’s in my head without writing about this?

A few months ago, a good friend of mine asked if I wanted to go to a self-help seminar.  I was a bit reluctant, but ended up going.  He did the same with another friend.  She and I just happened to meet at the seminar.  There may have been chemistry.  Didn’t matter though, she was already dating someone and they made us promise not to date each other for at least a month after the class.  My buddy who introduced us said not to worry… seems like he saw more of the situation than either of us did.

She was a yoga teacher, and was doing privates for my buddy.  I told him I had been wanting to get into yoga for a while now as part of my shoulder rehab and some injury prevention.  So he extended an invite.  And now we had a chance to hang out for a bit.  And a bit more, and a bit more.  Same chemistry, except it just kept getting more obvious.. for me anyways.

I knew she wasn’t in a good place with the guy she was dating because she would tell us.  I did my best not to pry, but you could tell that figuring this out was important to her.  From what I could understand, he was nice, good looking, a little spiritual… and then it kinda fell off.  It seemed like she was looking for more but wasn’t quite sure what that meant, or if it was justified.  My buddy and I did our best to give advice without leading her in any particular direction… suggesting that it came down to her being honest with herself and her being honest with him.. and being okay with where that took things.  Even so, there were a few times where I had to cut myself off.  Even if I thought I knew what was going on.  Even if I thought I knew what she should be doing, it was more important that I give her the support and space to find her own way through this.

She and my buddy were over last week for dinner and once again, endless conversation, exploring all kinds of cool ideas.  There was a point where she and I were sitting beside each other at my table and you know when your leg accidentally rests against someone else’s and you adjust so that you’re not touching anymore?  Well we didn’t adjust.  It was barely noticeable.. to the point where I question if she even noticed at all.  But that.. plus a few more looks being exchanged.. plus everything else that had been building up.. prompted a different end to that evening.  It got late, it was time to to call it a night, and they took off.  And then my phone rang… it was her.

She asked, “Are you hinting at something?”

I was willing to be honest, just wanted to be more sure of what she was asking.

She replied, “Just yes or no, are you hinting at something?”

She was looking for honest and direct communication and I couldn’t have respected that more.  I responded “Yes.  Yes… but respectfully.”

I won’t pretend that I remember the rest of the conversation word for word but I can say that it went well.  Things were optimistic.  We were appreciative of what was happening while trying to be responsible about everything else that was happening around us.  We couldn’t help but see where we were complementary towards one another and it had us both excited about what might be here.  But we reminded ourselves that she was still with someone else, and she needed to figure that out before anything could start between us.  She thanked me for helping her maintain that integrity.  Said something to the effect of let me go figure this out.

I had mentioned the situation to a friend and being the protective individual she was, she was a little skeptical of this person who seemed to be jumping from one relationship to the next.  Truth is.. it doesn’t really phase me.  There are a lot of people out there who will tell you what you should or shouldn’t do in a relationship, but rarely is this advice given after someone’s really taken the time to understand the individuals involved and the dynamic between them.  The way I look at it is that this situation is unique to her and I, and it’s on us to understand it for what it is and what it isn’t, and take the steps that are right for us.

During our yoga session last Sunday, she mentioned that she was headed out of town on Friday.  I remember her mentioning something about that before but had assumed it was something to the effect of a 2 week vacation.  Nope, she was headed to Costa Rica for 5 weeks for a yoga course.  Well then… isn’t that just serendipitous.  As much fun as it might be to jump into this head first, I do really like the idea of her getting a chance to clear her head.  5 weeks of beaches and yoga, far away from me.. can’t help but think that’s a blessing in disguise.  I recognize the risk in her getting swept off her feet by some hunky Costa Rican yoga instructor.  Or maybe she comes back and wants to give the other guy another chance.  Or maybe she comes back and realizes that she doesn’t wanna date at all.  Whatever that decision is, as long as she arrives at it with a clear mind, she’ll have my support.

But yah.. I’m still kinda hoping that when she gets back, we get a chance to see what’s up.

And… this all has me in a really good place.  So I read a book under a tree today.

One thought on “I Read a Book Under A Tree Today”