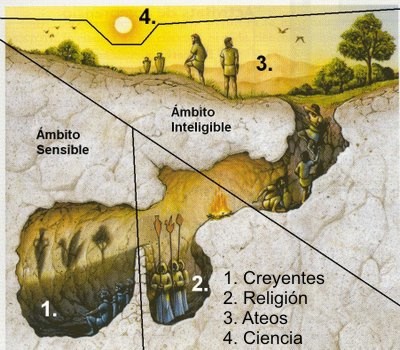 I take small breaks from writing here and there, but this one was different.  I had written the first half of this entry with the intention of writing the second half shortly after.  I struggled though.  The rest of my life continued to bombard me with questions about what I thought truth and reality were.  I wanted to be sure before I wrote anything else.  I’m still not.  But fuck writers block…

Last night, I was hanging out with one of my favorite people who happens to be going through some of the same challenges I’m going through.  She came from a more conservative background, earned a business degree, worked in insurance for a while and eventually came to realize that there was a more liberal side to life that she had been missing out on.  She’s now a yoga teacher who recently competed her schooling on holistic nutrition.  She made the transition from the corporate crowd to what she calls the ‘woo woo’ crowd.  It seemed like she was pretty happy about how it was all going.. peace and love to everyone.  What could be wrong with that?

She dove in head first.  She was greeted by sisterly love, magic, wonder, positivity, gratitude and all kinds of good vibes.  From what I understand, it can be a very nice place.  But she started to struggle a bit during some of the teachings when things got a bit religious.  Ironically, much of this ‘new-age’ crowd borrows from ancient practices.  From crystal healing, to chakras, to rituals that largely sound like witchcraft.  At one point, she was at a yoga course which taught her to save the blood from her menstruation and pour it by a tree in a counter-clockwise fashion under a full moon.  I might have gotten some of that wrong, but the point stands.

She told me that some of this was starting to feel a bit ‘witchy’.  Something wasn’t sitting right.. and like that itch that you just can’t seem to scratch, she started asking questions.  Some of those questions were directed at her peers.  Some were directed towards me.  As the weeks have gone by, we’ve both been trying to reconcile the spiritual with the scientific realm.

We know that science exists because science is simply the practice of accurately explaining our reality.  If spirituality also exists, and exists within our reality, it can also be explained through science.  Again, just because it’s possible to explain something through science doesn’t necessarily mean that we have those answers today.  I think there’s something powerful to the idea that spirituality can be explained through science.  Perhaps this separates those of us who are looking for the truth from those who aren’t.

When I think about the idea of science explaining spirituality, I think of Neil Degrasse Tyson’s Astrophysics for People in a Hurry.  Reading that book is the closest thing to a religious experience I’ve ever had.  It laid out the facts of the universe in such an eloquent way that you couldn’t help but feel a connection to everything else that has ever existed – A ‘oneness’ with the universe.  Simple facts like there being more bacteria cells in your body than human cells can make you question who you really are.  Suggesting that the same breath of air you’re taking now contains molecules of air which were breathed by the likes of Napoleon, Beethoven, and Lincoln reminds us of how interconnected our planet is.  And knowing that we are stardust brought to life… provides all the beauty, wonder, and magic that I need to feel good about my place in the universe.

What were to happen if I were to bring these ideas to someone who was fundamentally religious?  Would they keep an open mind?  Would they engage in a genuine conversation in pursuit of the truth?  If what was discussed made sense to them, would they consider changing their beliefs?

The scientific community has become fairly accustomed to writing off the religious crowd as unreasonable when it comes to challenging their beliefs.  They might be reasonable in other areas of their lives, but their beliefs are their beliefs.

Never in my life did I consider myself to be religious.  I spent most of my high school and university years considering myself an atheist.  Eventually, I realized that despite all the knowledge and understanding that humans have acquired over the years, we were still in no position to determine whether or not ‘god’ is or was real.  As far as I’m concerned, we’ve still yet to come up with a definition of god that we would all agree on.  I liked this perspective though.  It left the unknown within the realm of the unknown.  No undue assumptions.. no beliefs.. just an appreciation of what we know and a sense of curiosity and excitement for what we may learn next.  Add in a learned appreciation for a metaphorical understanding of the universe, and I started calling myself spiritual.

What I knew of the spirit was that while it may have no weight, emit no energy, or cease to exist when our physical bodies die, it was an intangible representation of what made us unique within the universe.  Perhaps there was a connection to the realm of philosophy.  That was an element of myself which I was glad to explore.

As the idea of spirituality started to grow outside of the religious crowd, I was happy.  Being able to understand what’s beyond what we can see and touch is important.  I was very much looking forward to connecting with these individuals and having these conversations.  While I’m glad to have this perspective and share it with those who would listen, I seem to be the odd one out in the world of spirituality.  As I’m starting to learn, spirituality has evolved into its own brand of religion.

When I think of the ‘spiritual crowd’, I’m starting to see them as a counter-balance of the religious right.  Both can be a rather delightful crowd of people, especially if they consider you to be part of their tribe.  But the further you go into the fringes of these demographics, the more radical their viewpoints become.  Hmm… maybe that’s what I’m up against.

…. And everyone lives their own truth.

Originally part 2 was going to be my explanation of why truth and reality matters but it looks like I’m going to make this a trilogy.

One thought on “Truth & Reality, and why it matters (Part 2)”