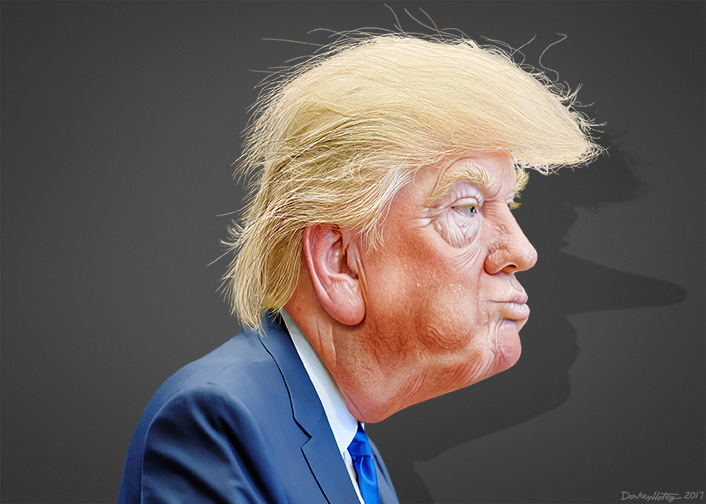 I was tempted to throw in the /s but it’s true.  Seriously.

It wasn’t the republican right that elected Trump.  It wasn’t the democratic left that let Hillary down either.  It was the American people who made themselves heard.  Trump was elected as a giant fuck-you to how America governs – justifiably so.

It was a fuck-you to career politicians with fake smiles and fake laughs.

It was a fuck-you to wall street influencing monetary policy.

It was a fuck-you to the oversensitive and irrational alt-left.

It was a fuck-you to partisan politics and the inability of politicians to get anything done.

It was a fuck-you to the wealthy elite.

And perhaps most importantly, it was a fuck you to a lack of honesty and transparency between a government and the people it serves.

Trump may just be the best thing to happen to American politics in generations, in the same way that a bull is great for a china shop.  Bull wrecks china shop, owner realizes nobody buys china anymore and uses the insurance money to open a dispensary.  I think a lot of the people who voted for him already knew this, but if there was any doubt… he’s worse than a career politician, he’s the wealthy elite’s racist grandpa.  One of the first things he did was cozy up to wall street.  He’s just as irrational and oversensitive as the alt-left.  With republican control over the senate and house, he still can’t get anything passed. Bipartisanship is worse than ever.  Finally, and most importantly, Trump has probably solidified himself as the most dishonest politician in American history.  For anybody looking at this objectively, he’s the one you send in to undermine any remaining confidence in the American establishment.

So by the time the American people are ready to elect their next president, what are they going to be looking for?  The same thing we’ve always wanted…

Electing someone we don’t know to run a system we don’t understand isn’t exactly the best example of democracy but it does remind us how important honesty and transparency is between a government and its people.  Without good information, we can’t make good decisions and if we aren’t equipped with the information necessary to elect good leaders, where exactly does that leave us?  And yet honesty seems more scarce in politics than in any other profession.  Maybe this is what happens to lawyers when they don’t have to worry about perjury anymore.

We need to move beyond this idea that being uninformed makes us safer.  We need to move beyond this notion of the government taking measures to make us ‘feel’ safer at the expense of being less informed.  We need the government to stop treating us like kids and start treating us like equals and that starts with telling us WTF is actually going on.

I’m putting some brain power towards figuring out how to build an honest democracy that just doesn’t just hold itself accountable to the public, but also engages the collective thoughts and wisdom of its people on a regular basis.  I’m making progress.. might be ready in time for Mars.